A collection of publicly donated water and accompanying stories

The Museum is itinerant. We travel because we understand that not everyone can, and we want to hear as many people as possible.

Museum of Water began on a street corner in Soho in London in March 2013 and travelled across the UK for 3 years; over the summer of 2014 it was installed in Somerset House for LIFT Festival. The Museum has since travelled to different parts of Europe, and was resident in The Netherlands with the Rotterdamse Schouwburg 2014-2016. It travelled across Western Australia with Perth International Arts Festival 2016-2018, and is unlearning itself in Toronto with Luminato Festival 2020-22.

The Museum was originally commissioned by Artakt and LSHTM as part of the bi-centennial celebrations for John Snow, who, by walking the streets of London, plotted the journey of cholera from water pumps into our stomachs, saving hundreds of thousands of lives. His expeditions are echoed by the new journeys of people who have gathered water for the Museum, adding to the story of water here. The work has been commissioned, supported and produced by Artsadmin since 2013. 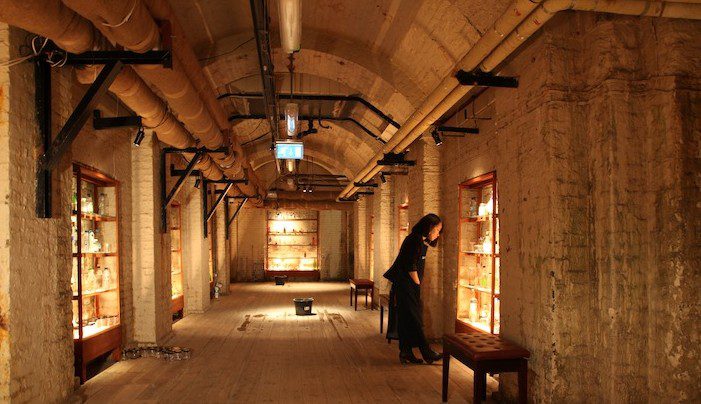 Museum of Water is an invitation to take part and to have your say.

In every new space, country and context, this water work has sought to listen and learn, in partnership with collaborators and visitors, with the political and natural environments we encountered. The Museum’s travels around Britain began in years of repeating and catastrophic floods. The North American water crises of Flint, Nestle and the Indigenous resistance movements of Idle No More and #NoDAPL pulled focus to global water management, sourcing and Indigenous water rights. The Mediterranean Sea turned from pleasure garden to graveyard as refugees escaping from a drought and water war in Syria brought to breaking point international coping and caring strategies, questioning the kindness and coalition of Europe. Travelling from the Netherlands to Australia, from flood to drought along historic colonial trade routes, centred attention onto the historic and ongoing violent patriarchal colonising practices of dominion, extraction and displacement.

Museum of Water is an act of witness. It explores the boundary lines of our bodies and our thinking, and centres fluid ways of understanding the world and our inter-relations. This work tries to re-imagine museum work as care work, based on respect, sharing and listening to all beings. Working in Australia during the ‘nil by water’ immigration policy and continuing abuse of Indigenous peoples, and the pollution and degradation of water sources, this is also a time when rivers worldwide are gaining human rights. Working in Toronto with a collective of Indigenous artists, the Museum has learnt to re-understand our relationship with Water and to question more deeply the violence of museum frameworks, un-learning itself to become Um of Water. 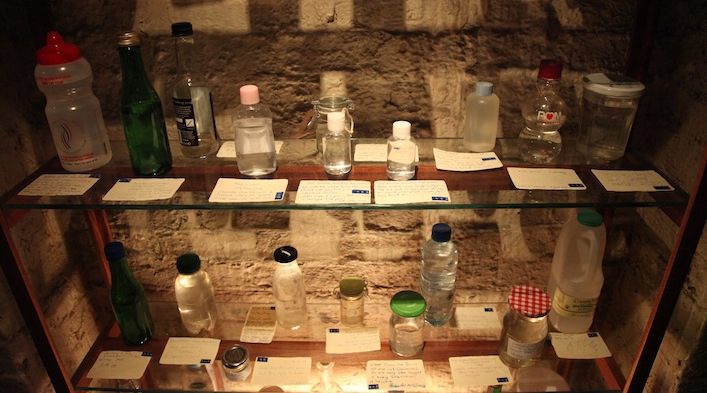 This live artwork has always aimed at being a different kind of museum, that makes each one of us donor, artist and curator. We prize the gifts people have given us, just as they come, cherishing every act of choosing and gathering as a creative act, a profound undertaking, a surprising exploit, a gift. In Toronto we have learnt to question the frameworks and hierarchies of gift-giving itself.

Thank you to every person who has helped to shape the Museum, who has taken the time and care to bring water, and who is visiting with Water now. Marvellous marvellous water. Here is to you, from all of us.

See Museum of Water Flickr for a visual history of the Museum.